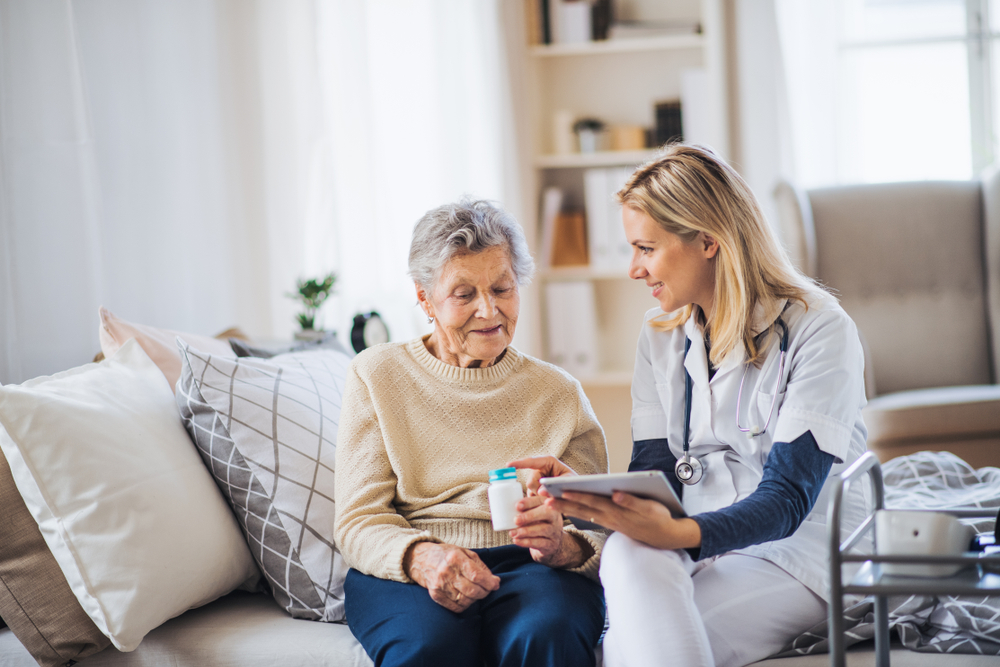 The government recently announced a cap of £86,000 per person for long-term care fees, but this figure is misleading – we explain how the new cap works and the true costs you and loved ones will face.

Major reforms to the social-care system were voted through parliament by MPs in November last year, including an eye-catching commitment from the government to limit the cost of personal care to £86,000 per person over their lifetime.

The changes are intended to reduce the enormous financial burden that individuals and their families endure when paying for the essential care and support that senior citizens need to retain their health and dignity in their twilight years.

The average cost of staying in a residential care home in England in 2019-20 was £681 per week, while including nursing care took the cost to an average of £979 a week1.

Plans to cap care fees are a welcome step in the right direction. Unfortunately, the headline figure of £86,000 is misleading as it doesn’t include all the costs incurred in a person’s care.

Due to the way the care-fees cap is calculated, many people will still pay tens or even hundreds of thousands of pounds more for their care.

Currently, there is no limit to the amount that someone can pay for social care during their lifetime. Because of this, many families endure ‘catastrophic loss’ where all their assets are swallowed up by care-home costs.

How the cap works

When the government says that no one will pay more than £86,000 for their care, what it means is that each individual has a metaphorical calculator that adds up just the cost of their ‘care’ – meaning the nursing and assistance they need, whether it’s with washing and dressing, feeding themselves or managing health problems.

This applies to care received either in someone’s own home or in a residential care home.

The crucial point for people to understand is that any costs such as room and board in a care home or utility bills will not count towards the £86,000 cap. People will pay at least £200 a week to stay in a home, and even though this adds up to £10,400 a year, it will not be included in the calculation of how much someone has paid for their care2.

Under the new system the poorest will receive more support in paying for care. But for the majority, the reality is that someone who isn’t eligible for local-authority help (because they have assets above the thresholds) will be paying the full cost of their later-life care for many years – until the bill for the ‘care’ component hits £86,000.

After that point, the ‘care’ costs will be covered, reducing the overall bill for the individual.

What you can do to plan ahead

It’s vital that you speak to a financial adviser well in advance of you or a relative needing care, both to understand the true costs involved and to see how they can be covered tax efficiently.

The prospect of needing care isn’t something that anyone wants to dwell on during their retirement planning, but ideally these conversations should be taking place decades before you reach that point.

The bill for long-term care is unlike any other you will pay. Deciding how a parent, spouse or loved one is cared for is such an emotive area and it’s rarely a decision made by a single person – it’s something that the whole family will have a say in.

Care costs can increase over time as a person’s needs become more complex. And crucially, you cannot say at the outset how long a person will need care for.

In addition, the intricacies of the social-care system vary between local authorities, so families find it confusing to navigate. Although we welcome reform to how care is funded, in its current form the social-care cap will likely mean a greater need for financial advice for families.

If you’re worried about care-home costs, we can help. Speak to a St. James’s Place Partner now.